The Dutch Biography Portal or BioPort, hosted by the Huygens Institute in Amsterdam, Netherlands, holds biographies from over 25 biographical dictionaries and datasets. Together, they contain information on more than 80,500 deceased prominent figures with a connection to the Netherlands or its former colonies. Among them are hundreds of Jews. 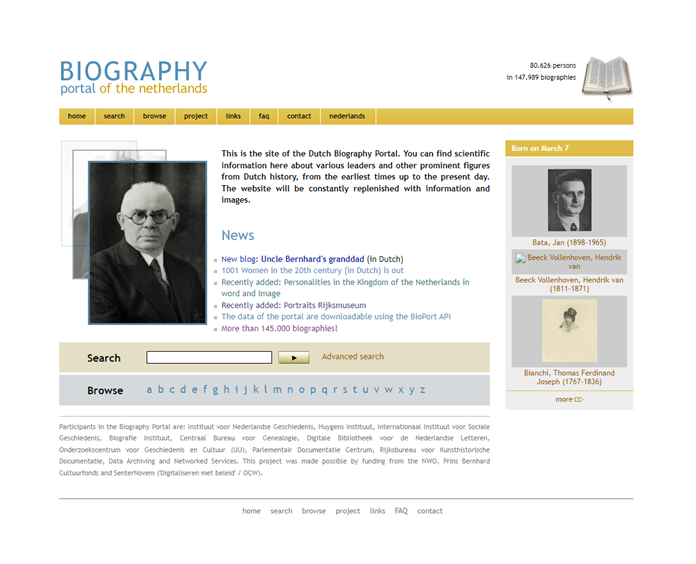 Although biographies collected by the Jewish Cultural Quarter used to be incorporated in BioPort (unfortunately, the current urls are dead), and the Jewish Biographical Dictionary will hopefully be a part of it in the near future, BioPort, in essence, is not the obvious source for looking at Jewish history. However, for my PhD project, in which I research how Jewish members of the Dutch elite seized novel opportunities and dealt with challenges with regard to integration between 1870 and 1940, the ‘prominence’ of Jews in BioPort makes them a suitable proxy for Dutch elite Jews during this period.

To be able to analyse the lives of around 730 individuals born between 1850 and 1920 in a systematic way, I use humanities tool Nodegoat, developed by LAB1100. Nodegoat is an online, free, object-oriented database tool that allows researchers to build their own data model and filter, visualise, and analyse information through networks, time and space. The tool has an accessible interface and very useful features that keep on being updated, such as a GIS-functionality and the possibility to download data in CSV, JSON, XML or ODT formats. LAB1100 offers excellent introductory workshops for Nodegoat, and a paid version of the tool is available for larger research teams in need of regular support. Its popularity is steadily increasing, and whereas Nodegoat is particularly appropriate for network analysis, I would also like to emphasise its efficiency in serving as a digital repository for large quantities of data – on people, but also on other entities (‘objects’ in Nodegoat), such as manuscripts, buildings or organisations.

Nodegoat serves as a modern sort of card index, enabling me to flip easily through my data and sort information quickly and accurately. In doing so, it is possible to see at a glance which (sometimes unexpected) topics deserve further inquiry. This is also very useful for my three case studies: Jewish women in the women’s movement, Jews in the Dutch East Indies and Jewish country house owners (in close collaboration with the Jewish Country Houses project). These case studies concern around 30 ‘BioPort people’ and their families each. With Nodegoat, I am able to discern patterns in the lives of large and diverse groups, without losing sight of these people as individual actors. 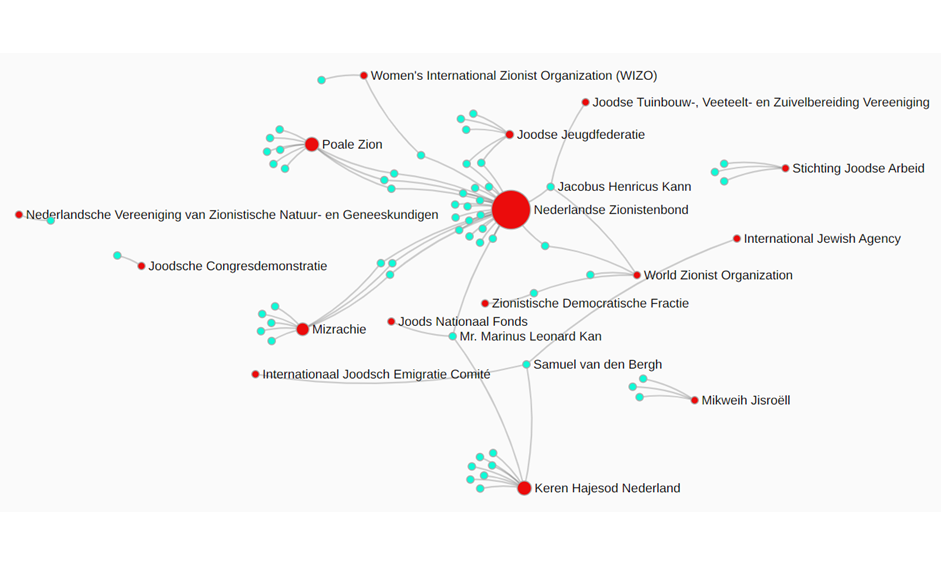 Manually building a database involves having control over all devised dimensions and variables, and requires researchers to be as specific as possible in what they want to know. In my view, Nodegoat is well suited for qualitative studies that include quantitative elements, like my own project. Not only does the tool provide a worthwhile means to store, filter, analyse and visualise data, at the same time it offers possibilities to verify scholarly notions, in this case about Jewish social mobility and integration, in a fresh way.

The EAJS condemns Russia’s unprecedented and barbaric aggression against Ukraine. We express solidarity with Ukraine, with its democratically-elected government and with its people. All Ukrainian academics and university students are in our thoughts and prayers. [Link for longer version of statement and resources]